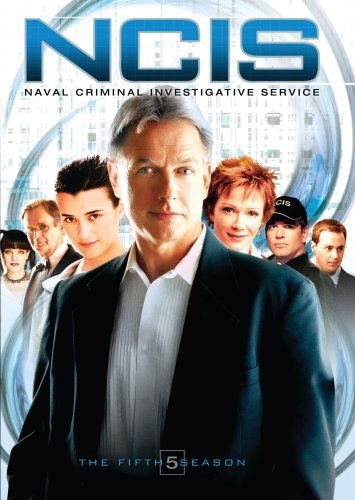 NCIS (Naval Criminal Investigative Service) is more than just an action drama. With liberal doses of humor, it's a show that focuses on the sometimes complex and always amusing dynamics of a team forced to work together in high-stress situations. NCIS Special Agent Leroy Jethro Gibbs (Mark Harmon), a former Marine gunnery sergeant, whose skills as an investigator are unmatched, formerly led this troupe of colorful personalities. Gibbs, a man of few words, only needs a look to explain it all. The team includes NCIS Special Agent Anthony DiNozzo (Michael Weatherly), an ex-homicide detective who may come off as the world's oldest frat boy, but whose instincts in the field are unparalleled; forensic specialist Abby Sciuto (Pauley Perrette), a talented scientist whose dark wit matches her Goth style and eclectic tastes, NCIS Special Agent Timothy McGee (Sean Murray), an MIT graduate whose brilliance with computers far overshadows his insecurities in the field and Ziva David (Cote de Pablo), a former Moussad agent who shares a bond with Gibbs over the death of his arch nemesis, Ari, the terrorist who killed former NCIS Special Agent Kate Todd. Assisting the team is medical examiner Dr. Donald "Ducky" Mallard (David McCallum), who knows it all because he's seen it all, and he's not afraid to let you know. Rounding out the team is NCIS director Jennifer Shepard (Lauren Holly) who has a romantic history with Gibbs. From murder and espionage to terrorism and stolen submarines, these special agents travel the globe to investigate all crimes with Navy or Marine Corps ties.

Describing season four of NCIS as "the season of secrets," executive producer Shane Brennan suggests that season five (offered here with 18 episodes, including a two-part finale, on five discs) is "the season of answers." For the most part, that's true--but at season's end, loyal viewers are likely to be thrown for a loop by the death of a major character and a startling set of changes bound to have a profound effect on the show's future. Picking up where the previous year left off, this new batch jumps right in with a continuation of Special Agent Jethro Gibbs (Mark Harmon) and company's pursuit of notorious international arms dealer La Grenouille ("The Frog," played by Armand Assante), whom NCIS director Jenny Shepard (Lauren Holly) is particularly keen on taking down--a quest that's complicated by the fact that the bad guy is a CIA asset, and by Agent Anthony DiNozzo's (Michael Weatherly) love affair with La Grenouille's daughter. That storyline, barely touched on thereafter, is resolved in the 14th episode, "Internal Affairs." Meanwhile, the NCIS crew is distracted by an array of other cases, most of them involving murder. Of particular interest are several episodes related to Iraq and the War on Terror: a Naval officer of Syrian descent who's suspected of being an Al Qaeda mole is murdered seconds after Gibbs talks him out of jumping off a building ledge; a Marine who's having a violent bout of post-traumatic stress after returning from the Mideast turns out to be far worse off than that; Medical Examiner Donald "Ducky" Mallard (David McCallum) refuses to conduct an autopsy because of the deceased's Muslim beliefs.

There's no doubt that "em"NCIS is slick, entertaining prime-time television in every respect: writing, acting, production values, music, and so on. Still, one's appreciation of the show largely depends on the characters' likeability, and that's very much a matter of taste. Gibbs may be a chick magnet, with four former wives and a past relationship with Shepard to prove it, but he's also a taciturn fellow with horrible social skills. DiNozzo's funny and insouciant, but his smugness and incessant razzing of computer nerd Timothy McGee (Sean Murray) soon becomes tiresome, while Shepard is steely and simply unlikeable (the most appealing characters are arguably McCallum's Mallard and Pauley Perrette's mouthy Abby Sciuto, the goth-like forensic expert). Bonus material includes cast and crew commentary on various episodes and a typical assortment of featurettes. --Sam Graham

Ministry of Sound: Back to Old Skool - Drum Bass
Connect with us