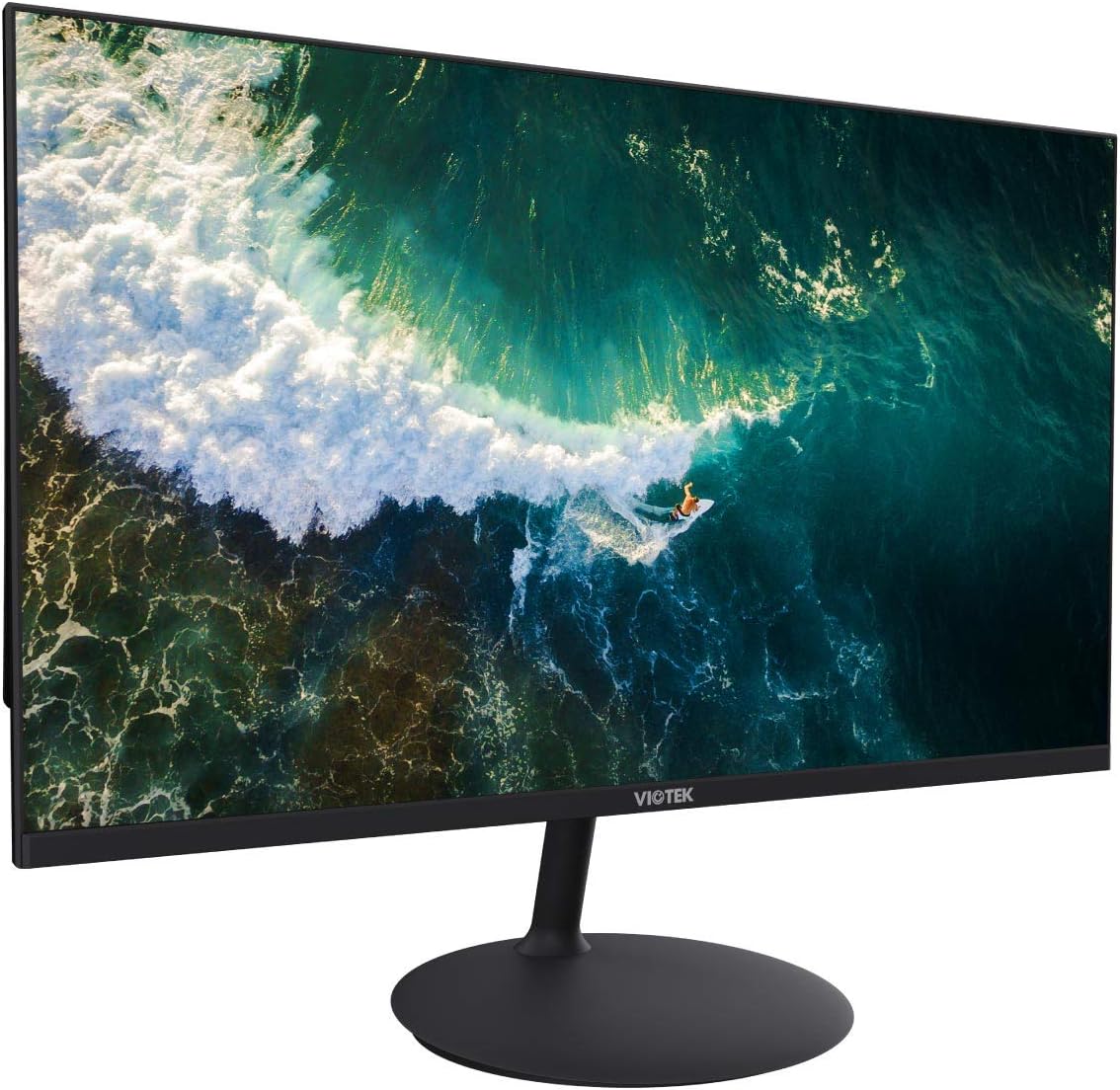 The IPS panel produces more natural looking hues, from lush greens, vivid reds and deep blues. The FI24D displays 16.7 million colors with a wide 92% sRGB color gamut. Youâll get extra wide viewing angles that it possible to view the display from almost any angle, without color degradation. And IPS displays are ideal for photos, movies and pro-level applications that demand color accuracy and consistent brightness. Images are remarkably sharp and vibrant â every time.

Casual gamers will enjoy the VIOTEK Gaming Suite, a top of the line set of in-demand features that help gamers climb the leaderboards and stay on top. With AMD FreeSync, monitors like the FI24D will smooth out action-heavy games for a liquid-smooth performance. No image ghosting, stuttering or tearing. And no overpriced G-Sync monitor necessary. The FI24D is fully compatible. The FPS/RTS display modes improve visibility in darker games by bringing out extra detail in the shadows. And youâll gain the upper hand in your games when you activate GAMEPLUS crosshairs, which will help you land direct hits and bullseyes every time.

The FI24D comes with plenty of connection ports to connect the devices you need to set up the perfect workspace. Whether you want to connect your favorite game console using HDMI or DisplayPort and play with higher resolutions and refresh rates. Or you want to incorporate an external sound system using the 3.5mm audio out. Youâll have plenty of options. Not a fan of computer monitor stands? The FI24D is VESA-ready.