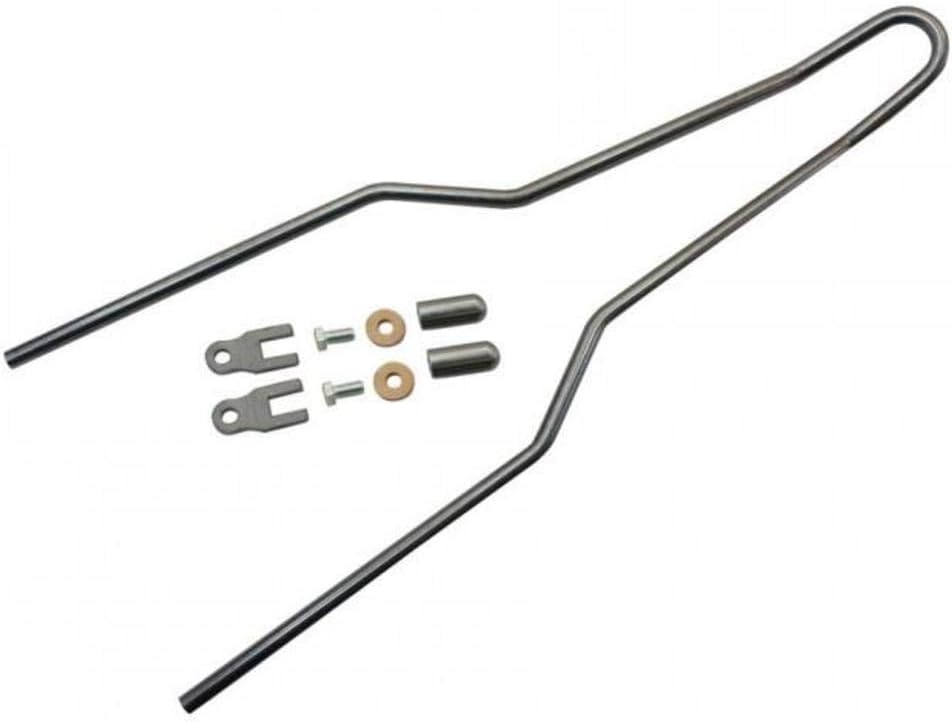 TC Bros. Kickback DIY Sissy Bar Kit is exactly what you need for a sissy bar that fits your bike perfectly!

Simply trim the hoop to your desired height and weld the included tabs and bungs to the hoop. The hoop is constructed from premium 1/2" diameter 1018 cold rolled American steel for high strength and easy welding. The threaded radius bungs allow for mounting bolts to be hidden on the underside of your fender for a professional looking installation. Universal design is perfect for both flat or round profile rear fenders.

Proudly made in the USA.

Anti-Shock Reflective Training Bungee Leash Elastic Dog Pet Lead: I know this if off topic but I'm looking into starting my own blog and was wondering what all is needed t...